The author wrote largely from the standpoint of the strength of the human condition when the individual has discovered a meaning to their existence. For comparative purposes, the author examined the ... Read full review

VIKTOR FRANKL: A Life Worth Living

Many adults will remember the power of Frankl's Man's Search for Meaning when they first read it years ago. Translated from German into 27 languages, this early work of Holocaust literature sold four ... Read full review 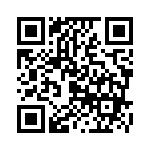