Wendy Pearlman is the Crown Junior Chair in Middle East Studies and Assistant Professor of Political Science at Northwestern University. She graduated magna cum laude with a B.A. in History from Brown University and earned her Ph.D. in Government at Harvard University, where she was the Karl Deutsch Fellow. Pearlman is the author of Occupied Voices: Stories of Everyday Life from the Second Intifada, which was a Boston Globe and Washington Post best-seller and was featured on C-Span's Booknotes. She has published articles in International Security and Journal of Palestine Studies, as well as commentaries in the Washington Post, International Herald Tribune, Christian Science Monitor, Boston Globe and Philadelphia Inquirer, among other newspapers. Pearlman was a Fulbright Scholar in Spain, a Junior Peace Fellow at the United States Institute of Peace and a postdoctoral Fellow at the Belfer Center for Science and International Affairs at Harvard's John F. Kennedy School of Government. She is also the winner of the 2011 Deborah Gerner Grant for Professional Development. 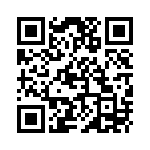