Excellent resource and biography of Bundy authored by the psychologist who actually worked w/ him and was in charge of his treatment while Bundy was incarcerated at the Utah State Prison in Draper, UT.

Al Carlisle, born and raised in Utah, got his BS and MS from Utah State University and his Ph.D. in clinical psychology from Brigham Young University. The majority of his career has been as a psychologist at the Utah State Prison from which he retired as the head of the Psychology Department in 1989. He was a consultant for the Salt Lake Rape Crisis Center for several years and he has conducted workshops on serial homicide and other crime topics. He has done extensive research on serial killers and has interviewed the Hi Fi killers, Arthur Gary Bishop, Westley Allan Dodd, Keith Jesperson, Ted Bundy and many others. He currently resides in Price, Utah. 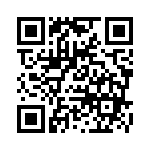