ABBE MOWSHOWITZ is Professor of Computer Science at the City College of the City University of New York and Visiting Professor at the Rotterdam School of Management. He has been thinking and writing about social and organizational issues in computing since the early 1970s. His book The Conquest of Will: Information Processing in Human Affairs (1976) was one of the first systematic studies of computers and society. Mowshowitz became interested in virtual organization (and arguably coined the term) in the late 1970s, and has been delving into its nature and consequences ever since. 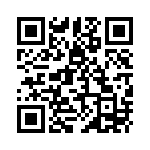