An eye-opening read. As a linguistic who deals with databases, this book dramatically improved my writing and design of graphics for publication. Read full review

In "Visual Explanations," Tufte walks us through various case studies of visual explanations (charts, graphs, graphics, diagrams and maps). Some of the case studies are about great works, while others ... Read full review 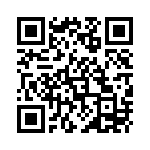