“Visual Shock” purports to be nothing less than a history of art controversies in American culture. Its scope is extensive, dating all the way back to the beginning of the nineteenth century and the ... Read full review

VISUAL SHOCK: A History of Art Controversies in American Culture

Kammen (American History and Culture/Cornell Univ.) examines the history and significance of art controversies from the 1830s to the present.The Pulitzer Prize-winner, for People of Paradox (1972 ... Read full review

Michael Kammen, the Newton C. Farr Professor of American History and Culture at Cornell University, is a past president of the Organization of American Historians. He is the author or editor of numerous works, including People of Paradox: An Inquiry Concerning the Origins of American Civilization, which won the Pulitzer Prize for History, and A Machine That Would Go of Itself: The Constitution in American Culture, awarded the Francis Parkman Prize and the Henry Adams Prize. He has lectured throughout the world. 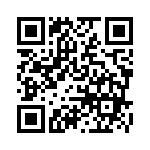