Martha J. Farah is Walter H. Annenberg Professor of Natural Sciences in the Department of Psychology at the University of Pennsylvania, where she directs the Center for Neuroscience & Society. She has worked on many topics within neuroscience, including vision, prefrontal function, emotion, and development. In her three decades of research she has witnessed the advent of functional neuroimaging, the burgeoning of cognitive neuroscience, and its expansion into the study of social and affective processes. She is now focusing her attention on the ethical, legal and social implications of these developments. 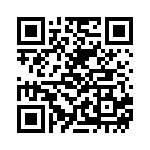