i need to see

Mahatma Gandhi has become a God in the minds of millions, has become larger than life, that a lot of times it is easy to simply put him on a pedestal and revere him, without any obligation to actually follow all that he did. In his auto-biography, Gandhiji writes as nothing but a fiercely honest man and that revealed to me (and many others I am sure) that he was born a human being like you and me, but transcended certain mundane boundaries through sheer dogged adamant loyalty to his core principles of truth and non-violence. How easy it has become to turn his philosophy into cheesy cliches, and yet how innately loyal he was to them.
'Waiting for Mahatma' follows the same dogged adamant loyalty to the truth. Truth about Gandhiji's ways of thinking and of living. And add to it the unique flavor of RK Narayan. No one writes innocence and naivete with as much honesty as Narayan does. The novel succeeds in throwing light on lofty principles better than 100 other preachy ones put together. What was interesting to me was the faint understanding of how mass people movements begin - that it is not because everyone is driven by the same ideology, or share the same passion levels. At the grass roots level, motivations to be part of a movement are much more mundane, it is to be with a certain girl, or to be with a group of friends, or to appear cool. It takes a good leader to tap into these inclinations, build on them to inculcate respect for core values and turn the whole thing into a successful and sustained forum. I am once again awed at the leadership skills of Gandhiji!!
RK Narayan manages to once again tap into a part of your heart that you become aware of only when you are with him. What a novelist.

R. K. Narayan was born Rasipuram Krishnaswami Narayanaswami in Madras, India on October 10, 1906. He graduated from Maharaja College of Mysore with a B.A. degree in 1930. He attempted to teach for a bit but then switched to writing full time. His first book, Swami and Friends, was published in Britain in 1935. During his lifetime, he wrote more than 30 novels and hundreds of short stories. His other novels included The Bachelor of Arts, The Dark Room, The English Teacher, The Guide, The Financial Expert, The Man Eater of Malgudi, The Vendor of Sweets, and The World of Nagaraj. He was one of the first Indians to write in English and gain international recognition. He received numerous awards including the Padma Bhushan, India's highest prize. He died on May 13, 2001 at the age of 94. 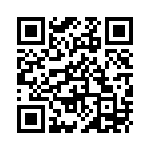