Jeff Speck is a city planner and urban designer who, through writing, lectures, and built work, advocates internationally for more walkable cities. As Director of Design at the National Endowment for the Arts, he oversaw the Mayors' Institute on City Design and created the Governors' Institute on Community Design. Prior to joining the endowment, Speck spent ten years as Director of Town Planning at DPZ and Co., the principal firm behind the New Urbanism movement. He is author of Walkable City: How Downtown Can Save America, One Step at a Timeand the co-author of Suburban Nation: The Rise of Sprawl and the Decline of the American Dream as well as The Smart Growth Manual.

Suburban Nation was called "the bible of urbanists,” by the Wall Street Journal.” The Christian Science Monitor called Walkable City "timely and important, a delightful, insightful, irreverent work,” and "required reading.” Jeff Speck's TED talks and other videos have been viewed more than three million times. With Walkable City Rules, he can be expected to cement his role as the most listened-to city planner in America. 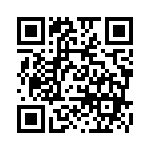