Page 147 - I WISH to speak a word for Nature, for absolute freedom and wildness, as contrasted with a freedom and culture merely civil, — to regard man as an inhabitant, or a part and parcel of Nature, rather than a member of society.
Appears in 170 books from 1803-2008
Page 147 - ... outlined against the sunset as incommensurable to the figures of the topographer as life itself is to the quantitative table of elements which the analytic chemist proclaims to constitute vitality. Because of its size the wilderness also has a physical ambiency about it which most forms of beauty lack. One looks from outside at works of art and architecture, listens from outside to music or poetry. But when one looks at and listens to the wilderness he is encompassed by his experience of beauty,...
Appears in 7 books from 1930-2008

Cyrus Adler was born in Bensonhurst, Brooklyn, New York on September 18, 1927. He served as a military police officer in the Army from 1944 to 1946. He received a bachelor's of science degree from Brooklyn College and master's degrees in oceanography and applied mathematics from New York University. He taught physics and math at the City University of New York, the State University of New York Maritime College, the New School, Long Island University, and the Merchant Marine Academy. He also taught in the New York City public school system. Adler's Great Saunter, an annual walk to promote his vision of a shoreline green ribbon encircling Manhattan, started in May 1982. He helped start the Offshore Sea Development Corporation, which patented techniques to avert oil spills when unloading oil tankers, and to plant oyster beds more efficiently. He wrote several books under the name Cy A. Adler including Ecological Fantasies: Death from Falling Watermelons, Walking Manhattan's Rim: The Great Saunter, and Walking the Hudson, Batt to Bear (From the Battery to Bear Mountain). He also wrote books under the name Peter Agnos. He died from a stroke on September 27, 2018 at the age of 91. 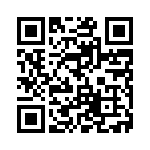