Andrew Smithers is the founder of Smithers & Co., which provides economics-based asset allocation advice to over 100 fund management companies worldwide.  Andrew is a regular contributor in Japan to the Nikkei Veritas. He was a regular contributor to the London Evening Standard and Japan's Sentaku magazine, and has written for many other newspapers and magazines, including the Financial Times, Forbes (US), Sunday Telegraph (UK), Independent on Sunday (UK) and Genron (Japan).  Andrew is an invited contributor to the prestigious Economist's Forum on the FT website.
Andrew is a member of the Advisory Board for the Centre for International Macroeconomics and Finance (CIMF) at Cambridge and has also been a member of the Investment Committee at Clare College, Cambridge since 1998.
Prior to starting his own firm, Andrew was at S.G.Warburg & Co. Ltd. from 1962 to 1989 where he ran the investment management business for some years and which, by the end of his tenure, was the acknowledged market leader. This was subsequently floated off as a separate company, Mercury Asset Management, which was acquired by Merrill Lynch in 1998. 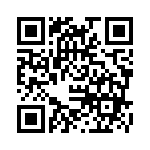