In 1972, Wallace Earle Stegner won a Pulitzer Prize for Angle of Repose (1971), a novel about a wheelchair-bound man's recreation of his New England grandmother's experience in a late nineteenth-century frontier town. Stegner was born on February 18, 1909 in Lake Mills, Iowa. He was an American novelist, short story writer, environmentalist, and historian; he has been called "The Dean of Western Writers". He also won the US National Book Award in 1977 for The Spectator Bird. Stegner grew up in Great Falls, Montana; Salt Lake City, Utah; and in the village of Eastend, Saskatchewan, which he wrote about in his autobiography Wolf Willow. Stegner taught at the University of Wisconsin and Harvard University. Eventually he settled at Stanford University, where he initiated the creative writing program. His students included Wendell Berry, and Sandra Day O'Connor. The Stegner Fellowship program at Stanford University is a two-year creative writing fellowship. The house Stegner lived in from age 7 to 12 in Eastend, Saskatchewan, Canada, was restored by the Eastend Arts Council in 1990 and established as a Residence for Artists; the Wallace Stegner Grant For The Arts offers a grant of $500 and free residency at the house for the month of October for published Canadian writers. Stegner died in Santa Fe, New Mexico, on April 13, 1993, from a car accident on March 28, 1993. 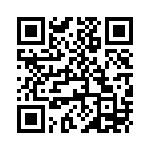