This was a nice little assortment of non-fiction pieces by Kurt Vonnegut. It touched on a lot of different themes and the range of the pieces varied in intensity and magnitude. Overall, I was ... Read full review

Good Lord we need this man back, now more than ever. Stupid Pall Malls. Terrific collection of essays, speeches and interviews. Biafra: A People Betrayed will break your heart. Read full review

The appeal of Kurt Vonnegut, especially to bright younger readers of the past few decades, may be attributed partly to the fact that he is one of the few writers who have successfully straddled the imaginary line between science-fiction/fantasy and "real literature." He was born in Indianapolis and attended Cornell University, but his college education was interrupted by World War II. Captured during the Battle of the Bulge and imprisoned in Dresden, he received a Purple Heart for what he calls a "ludicrously negligible wound." After the war he returned to Cornell and then earned his M.A. at the University of Chicago.He worked as a police reporter and in public relations before placing several short stories in the popular magazines and beginning his career as a novelist. His first novel, Player Piano (1952), is a highly credible account of a future mechanistic society in which people count for little and machines for much. The Sirens of Titan (1959), is the story of a playboy whisked off to Mars and outer space in order to learn some humbling lessons about Earth's modest function in the total scheme of things. Mother Night (1962) satirizes the Nazi mentality in its narrative about an American writer who broadcasts propaganda in Germany during the war as an Allied agent. Cat's Cradle (1963) makes use of some of Vonnegut's experiences in General Electric laboratories in its story about the discovery of a special kind of ice that destroys the world. God Bless You, Mr. Rosewater (1965) satirizes a benevolent foundation set up to foster the salvation of the world through love, an endeavor with, of course, disastrous results. Slaughterhouse-Five; or The Children's Crusade (1969) is the book that marked a turning point in Vonnegut's career. Based on his experiences in Dresden, it is the story of another Vonnegut surrogate named Billy Pilgrim who travels back and forth in time and becomes a kind of modern-day Everyman. The novel was something of a cult book during the Vietnam era for its antiwar sentiments. Breakfast of Champions (1973), the story of a Pontiac dealer who goes crazy after reading a science fiction novel by "Kilgore Trout," received generally unfavorable reviews but was a commercial success. Slapstick (1976), dedicated to the memory of Laurel and Hardy, is the somewhat wacky memoir of a 100-year-old ex-president who thinks he can solve society's problems by giving everyone a new middle name. In addition to his fiction, Vonnegut has published nonfiction on social problems and other topics, some of which is collected in Wampeters, Foma and Granfalloons (1974). He died from head injuries sustained in a fall on April 11, 2007. 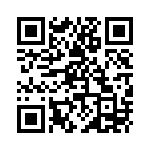