These pieces were written between 2002-2003 and reflect that troubled time. The titular piece opens the collection and is certainly timely in light of the bellicose rhetoric between North Korea and ... Read full review

War Talk by Arundhati Roy is a collection of six essays concerning the state of the world at the beginning of the 21st century. The first three were published in magazines in India and were written ... Read full review

Arundhati Roy wowed critics with her writing debut, The God of Small Things, which won the Booker Prize in 1998. She has also published several collections of essays The Cost of Living, Power Politics and most recently War Talk. Ms. Roy is an outspoken critic of India's nuclear weapons testing, controversial environmental issues and the US "war on terrorism". 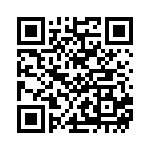