A powerful case for the argument that racism played as big a role in the Pacific theater as it did in the European, but Dower devotes more of his resources to detailing American racism, leaving the ... Read full review

This book relates the emotional and psychological environment of the Pacific war between the Allies and Japan. What it shows is that Japan and the US were/are the same: racist, using many of the same ... Read full review

JOHN W. DOWER, born in 1938, is the Henry Luce Professor of International Cooperation and Global Stability at the Massachusetts Institute of Technology. He is the author of Empire and Aftermath: Yoshida Shigeru and the Japanese Experience, 1878-1954 and The Elements of Japanese Design, and is the editor of The Origins of the Japanese State: Selected Writings of E. H. Norman and coeditor of The Hiroshima Murals: The Art of Iri Maruki and Toshi Maruki. 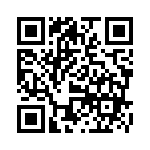