Nadia Schadlow is deputy assistant to the president for national security strategy. She is a senior program officer in the International Security and Foreign Policy Program of the Smith Richardson Foundation. She has published articles about national security in the Wall Street Journal, ForeignPolicy.com, The American Interest, Parameters, War on the Rocks, and elsewhere. She has a PhD from Johns Hopkins University’s School of Advanced International Studies. 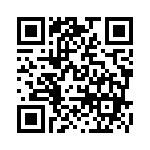