Post-traumatic stress disorders afflict almost all veterans of modern warfare. The impact is not just on the veterans, but their families, and their communities in which they work. Dr Tick urges ... Read full review

War and the soul: healing our nation's veterans from post-traumatic stress disorder

If you crossed Thomas Moore's best seller Care of the Soul (1994) with James Hillman's recent A Terrible Love of War , you would get this meditation on the effects of war, primarily the occurrence of ... Read full review

Edward Tick, Ph.D., is an expert on post-traumatic stress disorder. A practicing psychotherapist for more than 30 years, he is a nationally recognized authority on the psychological, spiritual, historical, and cultural aspects of war in the healing of PTSD. Dr. Tick specializes in transformational work with war veterans, survivors of severe trauma, and all those in need of deep psycho-spiritual healing. Dr. Tick has extensively studied both classical Greek and Native American healing traditions and successfully integrates those methods into his modern clinical practice. A writer, educator, and overseas journey guide, Dr. Tick holds an M.A. in psychology from Goddard College and a Ph.D. in Communication from Rensselaer Polytechnic Institute. He is a clinical member and has held various officer positions with the American Academy of Psychotherapists and the American Holistic Medical Association, as well as many other professional organizations. He is also an ordained interfaith minister. Dr. Tick began treating Vietnam veterans in psychotherapy in 1979 before PTSD was a diagnostic category. Since that time, he has treated veterans and survivors of WWII, the Holocaust, Korea, the Vietnam War, the Gulf War, Central American conflicts, Lebanon, the Balkan wars, the Irish civil and religious wars, the Greek Civil War, the Middle East conflicts, and the Iraq War, among others. He has also served as a consultant to numerous community, church, and organizations on the treatment of veterans and the training of staff for such work. Dr. Tick's extraordinary work takes him on healing journeys, spiritual tours, lectures, educational classes, and workshops around the globe. He is cofounder of the Sanctuary International Friendship Foundation, a nonprofit agency that directs and raises funds for projects to help heal war-torn Viet Nam. He resides in Albany, New York, where he and his wife Kate Dahlstedt are directors of Sanctuary: A Center for Mentoring the Soul and Soldier?s Heart®, a non-profit program designed to create veterans' safe-return programs in communities across the country. Dr. Tick's last two books are entitled The Golden Tortoise: Viet Nam Journeys and The Practice of Dream Healing: Bringing Ancient Greek Mysteries into Modern Medicine (Quest 2001). His first book, Sacred Mountain: Encounters with the Vietnam Beast, was published in 1989. 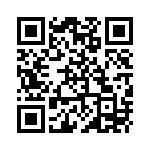