This book is a well-paced and easy-to-follow narrative of the major naval battles and operations of World War II. Miller does a great job of showing the ubiquity of naval support in many of the most ... Vollständige Rezension lesen

An entertaining and brief survey of the war at sea in World War Two that is a well-written rehash of a well-known story. A complete absence of maps prevent a higher rating of this book. Vollständige Rezension lesen

Nathan Miller, a journalist, historian, and naval scholar, is the author of twelve books of history and biography, including The U.S. Navy: A History, which is used as a textbook at the U.S. Naval Academy, and the widely acclaimed Theodore Roosevelt: A Life. He lives in Washington, D.C. 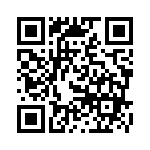