War With the Newts by Czech author Karel Capek is both a satire based on mankind’s trait to exploit any new found life-form that we find and also, due to his concern over what was happening in Europe ... Read full review

Karel Capek (1890-1938) is generally considered the greatest Czech author of the first half of this century. He was Czechoslovakia's leading novelist, playwright, story writer, and columnist, and the spirit of its short-lived democracy. His plays appeared on Broadway soon after their debut in Prague, and his books were translated into many languages. Capek expressed himself in the form of accessible and highly enjoyable writing. 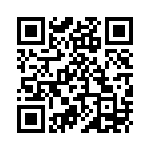