Fussell examines the immediate impact of the war on common soldiers and civilians. He describes the psychological and emotional atmosphere of World War II. He analyzes the euphemisms people needed to ... Read full review

For North Americans, WWII took place off-stage. Only Services personnel and a small number of media people actually saw the killing part of it. For many it was related to their first job, and the ... Read full review

Paul Fussell is Donald T. Regan Professor of English at the University of Pennsylvania. He is the author of nine other books, including The Great War and Modern Memory, Abroad: British Literary Traveling Between the Wars and The Boy Scout Handbook and Other Observations 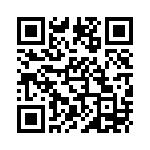