Gabaccia compares the food cultures of immigrant Italians, Irish, and Eastern European Jews, offering rich insights into each, as well as valuable comparisons. I have used this book numerous times in ... Read full review

I picked up this book in hope of mitigating the intensity of reading back-to-back some very tenacious literature and historical fiction. It was a miscalculation. We Are What We Eat, though interesting ... Read full review

Page 5 - Jewish" only as Jewish bakers began selling them to their multi-ethnic urban neighbors. When bagels emerged from ghetto stores as a Jewish novelty, bagels with cream cheese quickly became a staple of the cuisine known as "New York deli," and was marketed and mass-produced throughout the country under this new regional identity.
Appears in 7 books from 1998-2006
Page 2 - A grumpy cultural observer pauses at this point, well-armed for a diatribe on the annoying confusions of postmodern identities in the 1990s. It is easy to harrumph, as Octavio Paz once did, that "the melting pot is a social ideal that, when applied to culinary art, produces abominations...
Appears in 6 books from 1987-2003

Donna R. Gabaccia is Professor of History at the University of Toronto, Scarborough. 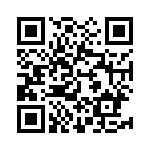