In We Crossed a Bridge and It Trembled: Voices from Syria, political science professor Wendy Pearlman edits interviews to tell the story of “Syria’s historical trajectory from authoritarianism to ... Read full review

We Crossed a Bridge and It Trembled: Voices from Syria

Wendy Pearlman is a professor and award-winning teacher at Northwestern University, specializing in Middle East politics. Educated at Harvard, Georgetown, and Brown, Pearlman speaks fluent Arabic and has spent more than twenty years studying and living in the Arab World. She is the author of numerous articles and two books, Occupied Voices: Stories of Everyday Life from the Second Intifada (Nation Books, 2003) and Violence, Nonviolence, and the Palestinian National Movement (Cambridge University Press, 2011). She lives in Chicago, Illinois. 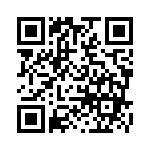