Again, a book that was a force in its time. Not as useful as Amazons, Bluestockings and Crones, but still of interest to those studying feminism or linguistic theory. Read full review

A radical feminist theorist and theologian, Daly was educated at Catholic schools in the United States and the University of Fribourg in Switzerland. She has also taught at Boston College since 1969. Shortly after she received her advanced degrees, Daly ceased to be a traditional Catholic and began challenging the church's conservatism from a feminist and radical or "new Catholic" perspective. She finally broke completely with the church during a period of profound disillusionment following the events of the Second Vatican Council, in which significant feminist and other liberal reforms were not enacted. This disillusionment is reflected in the influential The Church and the Second Sex (1968), which articulates a critique of the systemic sexism and intolerance of the church as an institution and a body of doctrinal texts. Patriarchy, she argues, relies on Christianity. Realizing that her feminism and lesbianism would never find an effective voice within the confines of the church or within the society at large, Daly began to purge what she saw as the influence of patriarchy in her language and her spiritual beliefs. Her first "post-Christian" book, Beyond God the Father (1973), takes as its starting point a rejection of the essential misogyny of Western Christianity in favor of a broader-based spirituality that allows for women's expression, including lesbian expression. Although Daly sees the possibility of a feminist revolution as dependent upon the physical, emotional, and spiritual connections among women, she is nevertheless somewhat suspicious of the notion of lesbianism, because it may be a limiting definition imposed upon women's experience by patriarchal culture. Indeed, for Daly, all language is suspect because it embodies a patriarchal vision of reality that it therefore helps to reproduce. She argues that female spirituality and sexuality cannot be reconstructed unless language itself is reconstructed and suggests that vocabulary should replace the masculine vocabulary that paralyze feminine spirituality. Daly's theses about language are most forcefully presented in her best-known work, Gyn/Ecology (1978), in which she asserts that women must create a "gynomorphic" language in order to cultivate "gynaesthesia," the ability to perceive the interrelatedness of things that women develop when they become feminists and work in women-only collectives. "Gyn/Ecology" is Daly's name for the new kind of knowledge that results; it replaces the patriarchal medicalization and objectification of the female body. Daly's insistence that women have been robbed of the human power of naming of the self, the world, and God, which they must reclaim in order to realize their human potential, informs her later works, in which her feminist wordplay intensifies: Pure Lust (1984) and Webster's First New Intergalactic Wickedary of the English Language (1987). 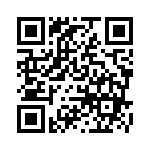