James A. Mirrlees is Professor of Political Economy at the University of Cambridge and Fellow of Trinity College. He was previously Edgeworth Professor of Economics at the University of Oxford (1968-95). In 1996 he won the Nobel Prize for Economics for fundamental contributions to the economictheory of incentives under asymmetric information. His research interests are optimal income taxation; policy implications of imperfect rationality; and principal/agent situations with multidimensional choice variables. 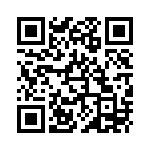