Adriaan Geuze is partner and founder of West 8. 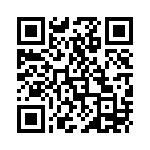