A distinguished art critic, academic and philosopher distills his views into a compact volume that is likely to provoke more debate than it resolves.Danto (Philosophy Emeritus/Columbia Univ.; Andy ... Read full review

Arthur C. Danto was Johnsonian Professor of Philosophy Emeritus at Columbia University and art critic for The Nation. 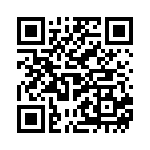