This review is in progress Civicly the meaning of marriage is probably the single most important issue America currently faces. Traditionally ("It has long been and remains a personal and social ... Read full review

Ryan T. Anderson is William E. Simon Fellow at the Heritage Foundation and the editor of Public Discourse: Ethics, Law, and the Common Good, the online journal of the Witherspoon Institute. A Phi Beta Kappa and magna cum laude graduate of Princeton University, he is a doctoral candidate in political philosophy at the University of Notre Dame. He has worked as assistant editor of First Things and was a Journalism Fellow of the Phillips Foundation. His writings have appeared in the Harvard Journal of Law and Public Policy, First Things, the Weekly Standard, National Review, the New Atlantis, and the Claremont Review of Books. 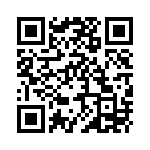