Kerry Emanuel is Professor of Atmospheric Science in the Department of Earth, Atmospheric, and Planetary Science at MIT. He is the author of Divine Wind: The History and Science of Hurricanes and Atmospheric Convection. 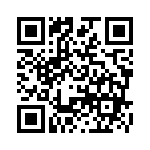