Pseudo-science. Probably, not worth your time unless you want verification that the purpose of creation science is to foster teaching religion in public schools. Read full review

I loved it. They covered just about every aspect of the evolution/creation debate and presented it completely through science. I believe the Bible, but most evolutionists don't. I will re-read this book and use the information with many people. Read full review

A prolific and influential scholar known to believers and skeptics alike as “the father of modern creation science,” Dr. Henry M. Morris truly was a man of science and a staunch man of God. He was even said to have set the terms of debate about evolution for the second half of the 20th century by one Pulitzer Prize-winning academician. Dr. Morris began his serious study of the Bible in the 1930s and authoring books in the 1940s, but it was his landmark work, co-authored with Dr. John Whitcomb, titled The Genesis Flood in 1961 that influenced generations to begin discovering the fallacies of evolution and the biblical truth of creation.

With over 60 books, founding and leading the Institute for Creation Research (ICR), Dr. Morris’ death in 2006 was a profound loss to millions.

Dr. Morris created a thriving legacy that continues to equip many Christians to be able to defend the accuracy and authority of Scripture today. The new Henry Morris Study Bible and other resources that he developed remain essential sources of knowledge and understanding for believers.

After starting his 30-year college teaching career as a non-Christian evolutionist, Dr. Gary Parker became a zealous creationist, eventually serving as professor of biology at the Institute for Creation Research in San Diego, lecturing worldwide for both ICR and Answers in Genesis, writing five science textbooks and seven creation books (translated into over 10 languages), and appearing in numerous films, videos and television programs. Dr. Parker and his wife, Mary, also run family camps, workshops, and credit courses through the Creation Adventures Museum near their home in Arcadia, Florida. 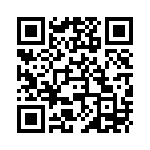