Powerful information. I appreciate the effort put forth, in reviewing the testimonies of former enslaved Americans. Great resource, for further research.

Herbert C. Covey is the author of African American Slave Medicine: Herbal and Non-Herbal Treatments (2007) as well as of numerous books and articles on juvenile gangs and on drug addiction. He has been Vice Chair of the Colorado State Juvenile Parole Board since 1994 and Field Administrator for the Colorado Department of Human Services since 1999.

Dwight Eisnach is an independent scholar and editor. He began his career as an investigative reporter and later served the Colorado Department of Human Services for some 25 years, successively as Legislative Liaison, Public Information Officer, and Administrator of the Colorado Juvenile Parole Board. 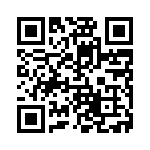