This book covers the journey of a young man living out the call of holiness on his life. The story of a young man, like Abraham, who left his father’s land to go to a place that God, would show him. To live according to principles, regardless of the criticism and to live according to the call upon his life as a testament and witness to the faithfulness of God. Amidst the racial tensions, sojourning in a foreign land and culture, rejection from those he thought would have been sympathetic to his journey, to the firm decision to live intentionally above the fray, this book is a vivid and candid look into the life of one man’s journey with God; a journey that has shaped more than three generations of Christ followers. In a day where the Gospel is often watered down to be more palatable, V. Seymour Cole still proclaims, “For I am not ashamed of the gospel of Christ: for it is the power of God unto salvation to every one that believeth” (Romans 1:16). He still declares with great zeal the message of holiness, of living with a single purpose for God, come what may. It is his strong message of commitment to the things of God and the glorious truth of who Christ is that caused countless others, like me, to join the chorus of total surrender, total commitment, and total love for Christ. Cost me what it may, it is all for Christ, alone.
— Rev. Althea C. Taylor
“The signal legacy of Rev Dr. V. Seymour Cole, the founding pastor of Bronx Bethany Church of the Nazarene is one that needs to be clarified, understood, preserved, reflected upon and intentionally studied by people who are called to ministry. An appreciation of Pastor Cole's legacy inspires one to fortitude, hopeful perseverance and faithfulness to Christian vocation. This work gives us a glimpse into this tremendous legacy exposing at the same time God's own character of unswerving, immutable and resolute commitment to honoring those who honor him”.
—Rev. Dr. Samuel Vassel, Senior Pastor Bronx Bethany Church of the Nazarene Bronx, New York
"Every generation relies on the courage, insight and fortitude of trailblazers. In establishing Bronx Bethany as a bastion of holiness preaching a teaching he is no less than an eminent trailblazer for Christian Holiness in 21st century. "
—Dr. Leroy Richards, Pastor First Community Church of the Nazarene, White Plains, NY
"Dr. Seymour Cole finished strong. His legacy is told in this remarkable story. A pastor leading a small group of newly arrived immigrants to make a place for themselves in a new country, first by starting a church in New York City to be their home away from home. It's another chapter in the continuing saga of God's people following the Spirit even as they seek new opportunities for themselves and their families."
—Tom Nees Leadership Coach & Former Director, USA/Canada Mission Evangelism Church of the Nazarene
“Seymour Cole’s focused conviction of the role of holiness preaching sets him apart as an unflinching herald of the priority of the Wesleyan message, as well as the relevance of its contribution to a congregation’s vitality”.
—Pastor Oliver R. Phillips, Lake Como ConneXions
“Seymour was involved in the community. He’s a guy who amazed me. He went back to ENC and got his Masters. He knew God called him to preach but he didn’t think that made him a big deal. He’s a holiness preacher. Seymour was not about building a church that meets one cultural slice. Seymour never marched politically. But he always marched for justice. His prayers were as carefully crafted when they were extemporaneous as anyone I’ve ever known”.
—Dr. Dallas Mucci, Former District Superintendent Metro New York 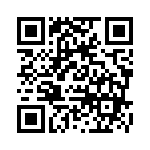