Kelly Medina is trying to keep her life on an even keel but life has thrown her so many curveballs that it's hard to do. Her friends and husband think she is crazy. She thinks she is fine. Who is ... Read full review

Lonely Kelly Medina discovers that there is a young woman in her neighbourhood with the same name as her. When she decides to make contact with friendship in mind, all is not as it seems and it ends ... Read full review

Amber Garza lives with her husband and children in Folsom, California where she wrote her debut thriller, When I Was You. 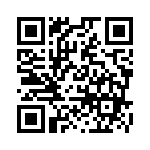