Wesley Cullen Davidson is an award-winning freelance writer and journalist specializing in parenting as well as gay and lesbian content. She has written health and childcare magazine articles for parents in such publications as Adoptive Families, American Baby, and Good Housekeeping, to name just a few. For the past two years, Wesley has concentrated almost exclusively on the lesbian and gay community, specifically on advising straight parents of gay children on how to be better parents and raise happy, well-adjusted adults. Ms. Davidson writes a popular blog on this topic: straightparentgaykid.blogspot.com, and was a frequent contributor to the websites gaynewspulse.com and gayagenda.com. Her guest blogs and online articles are among the most frequently visited areas on these sites. She lives in FL.

FOREWORD BY
Cason Crane is an openly gay junior at Princeton University. He received The Trevor Project's Youth Innovator Award, 2013, for his efforts to raise over $135,000 for the Trevor Project, a leading suicide prevention hotline. He raised the money by climbing the Seven Summits, the world's highest mountains, where he placed rainbow prayer flags. He is the founder of The Rainbow Summits Project. Learn more about him at casoncrane.com. He lives in NJ. 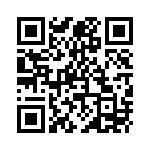