What happens when a President becomes disabled and is unable to fulfill the responsibilities of his position? That was the dilemma in 1919 when Pres. Woodrow Wilson suffered a variety of health ... Read full review

a little too gushy about wilson. he seems like a religious fruitcake to me. he should have resigned. but a good story. Read full review

Gene Smith (1929–2012) was an acclaimed historian and biographer and the author of When the Cheering Stopped: The Last Years of Woodrow Wilson (1964), a poignant portrait of the president’s final months in the White House that spent fifteen weeks on the New York Times bestseller list. Born in Manhattan and educated at the University of Wisconsin, Smith was drafted into the army and served in Germany in the early 1950s. He began his career at Newsweek and reported for the Newark Star-Ledger and the New York Post before leaving journalism to write full-time. His popular biographies include The Shattered Dream: Herbert Hoover and the Great Depression (1970), Lee and Grant: A Dual Biography (1984), and American Gothic: The Story of America’s Legendary Theatrical Family—Junius, Edwin, and John Wilkes Booth (1992). For many years, Smith and his wife and daughter lived in a house built by a Revolutionary War veteran in Pine Plains, New York, and raised thoroughbred horses. 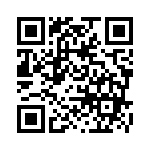