Charles Dukwe is a prolific African born writer philosopher, entrepreneur, philanthropist and poverty alleviation activist. He is also the author of African literature- “When the Samba Broke” and the biographical poem on Jesus Christ titled “Monument for the Christ” Charles is the founder and CEO of “Dukwe and the 21 Pillars for Global Development Equity” a community Development Organization based in Toronto Canada with a focus on empowering marginalized and impoverished communities around the world. Mr. Dukwe was born on the 5th of October 1973 in Akure, Ondo State Nigeria. He attended Constitution Crescent Primary School in Aba, Abia State, Nigeria Where he excelled academically at the top of his class and went on to secure the coveted admission into Federal Government College Okigwe, Imo State, Nigeria. At his secondary education in Okigwe, Charles was the president of the school drama club, vice president of the school press club and secretary of the school literary and debating society. Those years formed his love and passion for African literature/ wisdom and he wrote his first play, “When the Samba Broke”, there at age 16. He went on to secure admission into Enugu State University of Science and Technology, Enugu, Nigeria where he obtained a degree in marketing and later was admitted to Regents Business School London, England for a double masters in International Management and MBA. 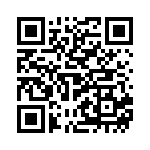