I was Alleen's boyfriend at the time of her rape and murder. If this story was based on those tragic events, as many have been, from whom was the information gleaned? I see a lot of intellectual hype here, but a sad lack of fact.

In 1977, Showalter published A Literature of Their Own: British Women Novelists from Bronte to Lessing. It was one of the most influential works in feminist criticism, as it sought to establish a distinctive tradition for women writers. In later essays, Showalter helped to develop a clearly articulated feminist theory with two major branches: the special study of works by women and the study of all literature from a feminist perspective. In all of her recent writing, Showalter has sought to illuminate a "cultural model of female writing," distinguishable from male models and theories. Her role as editor bringing together key contemporary feminist criticism has been extremely influential on modern literary study. 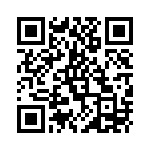