This was an interesting and compelling look at presidential politics and how the Democratic Party can win in 2008! I just hope they follow some of his advice. The stats gover overwhelming at times and even often repeated, but I could skip past those parts. Read full review

Thomas F. Schaller is associate professor of political science at the University of Maryland, Baltimore County, and coauthor of Devolution and Black State Legislators. A columnist for The Washington Examiner, Schaller has written for The American Prospect, The Baltimore Sun, The Boston Globe, the Los Angeles Times, Salon, and The Washington Post, and has appeared on National Public Radio and C-SPAN television. He lives in Washington, DC. 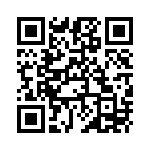