Typically if I make it a quarter into a book, I’m into it enough to finish it. Not so in this case. I got to 80% and couldn’t keep going. Initially it was funny and interesting but it just became ... Read full review

White Noise is not a book you should read right after a loved one passes away. It is thought provoking, sad and a tad funny when you think about how much time Jack's town spent practicing disasters ... Read full review

Don DeLillo published his first short story when he was twenty-three years old. He has since written twelve novels, including White Noise (1985) which won the National Book Award. It was followed by Libra (1988), his novel about the assassination of President Kennedy, and by Mao II, which won the PEN/Faulkner Award for Fiction.

In 1997, he published the bestselling Underworld, and in 1999 he was awarded the Jerusalem Prize, given to a writer whose work expresses the theme of the freedom of the individual in society; he was the first American author to receive it. He is also a member of the American Academy of Arts and Letters. 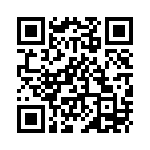