Peter Husted Binzen was born in Montclair, New Jersey on September 24, 1922. During World War II, he served with the Army's 10th Mountain Division in Italy. He received a bachelor's degree in political science from Yale University in 1947. After college, he sold subscriptions at a New Jersey weekly, freelanced, and worked briefly for United Press, before joining The Evening and Sunday Bulletin in 1951. He worked there, specializing in education and urban affairs, until the newspaper closed in 1982. He then wrote a business column for The Philadelphia Inquirer until he retired in 2003. His first book, Whitetown, USA, was published in 1970. He also wrote The Wreck of the Penn Central and The Cop Who Would Be King: The Honorable Frank Rizzo with Bulletin colleague Joseph R. Daughen and Richardson Dilworth: Last of the Bare-Knuckled Aristocrats with his son Jonathan P. Binzen. He died from complications of a stroke on November 16, 2016 at the age of 94. 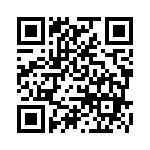