The author is a science historian, author of the recent 'the Dark Side of Isaac Newton.' He is widely known as a conspiracy theorist, as an author and commentator. He had been involved in Britain's 9/11 truth movement since its conception. He wrote the definitive book on the London bombings of 2005, 'Terror on the Tube.' 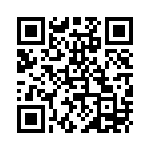