Nicholas Clapp is both an award-winning filmmaker & a noted lecturer on archeology. His first book, "The Road to Ubar", was a New York Public Library "Book to Remember" for 1999. 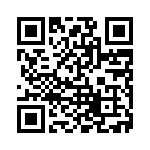