Norman Eberly is an obscure author who currently resides in Pennsylvania. He and his wife and three daughters attend Apostolic Faith Church in Mechanicsburg, PA. 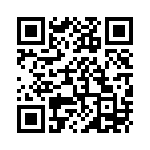