Rebecca Alpert is the chair of the religion department and an associate professor of religion and women's studies at Temple University and was one of the first women in Jewish history to be ordained a rabbi. She has written widely on progressive religion and Judaism; among her books are Like Bread on the Seder Plate and Exploring Judaism (with Jacob Straub). She lives in Philadelphia. 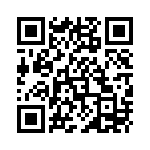