Martyn Lloyd-Jones(1899-1981), minister of Westminster Chapel in London for thirty years, was one of the foremost preachers of his day. His many books have brought profound spiritual encouragement to millions around the world.

John MacArthur is the pastor-teacher of Grace Community Church in Sun Valley, California, where he has served since 1969. He is known around the world for his verse-by-verse expository preaching and his pulpit ministry via his daily radio program, Grace to You. He has also written or edited nearly four hundred books and study guides. MacArthur is chancellor emeritus of the Master's Seminary and Master's University. He and his wife, Patricia, live in Southern California and have four grown children.

Lane T. Dennis (PhD, Northwestern University) is CEO of Crossway, formerly called Good News Publishers. Before joining Good News Publishers in 1974, he served as a pastor in campus ministry at the University of Michigan (Sault Ste. Marie) and as the managing director of Verlag Grosse Freude in Switzerland. He is the author and/or editor of three books, including the Gold Medallion-award-winning book Letters of Francis A. Schaeffer, and he is the former chairman of the Evangelical Christian Publishers Association. Dennis has served as the chairman of the ESV (English Standard Version) Bible Translation Oversight Committee and as the executive editor of the ESV Study Bible.Lane and his wife, Ebeth, live in Wheaton, Illinois. 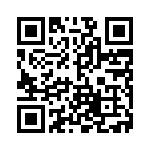