This is a short book on the Equal Rights Amendment and why it failed in America. It's an enlightening book about the amendment, what it means for women and for America, and the opposition against it. ž\ÅĒĩûŊ×Ĩū¤å

Why ERA failed: politics, women's rights, and the amending process of the constitution

The failure of the ERA to achieve ratification could have been predicted by a careful student of history, argues Berry (History, Law, Howard Univ.), a courageous member of the Civil Rights Commission ... ž\ÅĒĩûŊ×Ĩū¤å 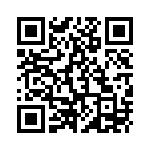