David Feinleib is an investor, adviser, and serial entrepreneur. As an entrepreneur and venture investor, he has been responsible for investments totaling more than $100 million. His passion for entrepreneurship goes back to his childhood when he started writing and selling software programs at age 12. Feinleib later joined Microsoft, where he became the company’s youngest technical evangelist. He started four companies between then and 2005. One was acquired by Hewlett-Packard, another by Keynote Systems. After joining venture-capital firm Mohr Davidow in 2006, he became a general partner in 2009, where he led investments in consumer and software companies. In 2011, Feinleib’s love for entrepreneurship took him back to starting his own companies, while continuing to advise and invest in others. Feinleib holds a master's in business administration from the Stanford Graduate School of Business and a bachelor's degree from Cornell University, where he was a Kodak Scholar. He is also an avid marathoner and violinist. 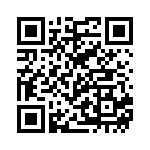