Why Wilson Matters: The Origin of American Liberal Internationalism and Its Crisis Today

Political science professor Smith makes a valiant effort to assert that Woodrow Wilson’s view of how America should relate to the world has relevance today, though the election of Donald Trump may ... Read full review

Tony Smith is the Cornelia M. Jackson Professor of Political Science at Tufts University. His many books include America's Mission: The United States and the Worldwide Struggle for Democracy and The Crisis of American Foreign Policy: Wilsonianism in the Twenty-First Century (both Princeton). 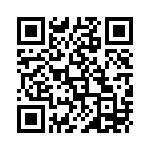