Athalia Monae is a Chicago native, self-publishing author and entrepreneur. She's been writing and journaling for years. Several years ago she wrote a short story for a magazine contest but missed the online submission by two minutes. Over the years many people who read the short story have encouraged her to publish it, which inspired Athalia to write Why the Secrets? 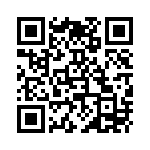