Jane Ann Turzillo is the Agatha-nominated author of Unsolved Murders & Disappearances in Northeast Ohio and the National Federation of Press Women's award winner for Ohio Train Disasters. Wicked Women of Ohio is her seventh book with The History Press. A full-time author and speaker, she concentrates on true crime and history, and she is a graduate of The University of Akron and a member of Sisters in Crime, Mystery Writers of America and the National Federation of Press Women. Visit her website at www.janeturzillo.com or read her blog at http://darkheartedwomen.wordpress.com. 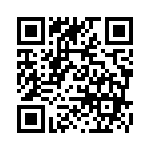