A bit thin in details, but a good overview. Surprising how reporting of rape/consent issues has changed in the past years. Quite disappointed at the discussion of the topic on this book. But interesting to look back now at other changes in attitude given recent events. Read full review

I am definitely interested in the topic but the prose was so ripe and the participles dangled so that I could make no headway w/ this book. Sigh. Read full review

Luke Harding is an award-winning foreign correspondent with the Guardian. He has reported from Delhi, Berlin and Moscow and has also covered wars in Afghanistan and Iraq, Libya and Syria. Between 2007 and 2011 he was the Guardian's Moscow bureau chief; the Kremlin expelled him from the country in the first case of its kind since the cold war. He is the author of Mafia State and co-author of WikiLeaks: Inside Julian Assange's War on Secrecy, The Liar: The Fall of Jonathan Aitken (nominated for the Orwell Prize) and The Snowden Files. Two of Harding's books have been made into films; The Fifth Estate and Snowden. 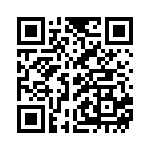